GFI Vs GFCI Outlets | What You Need To Know 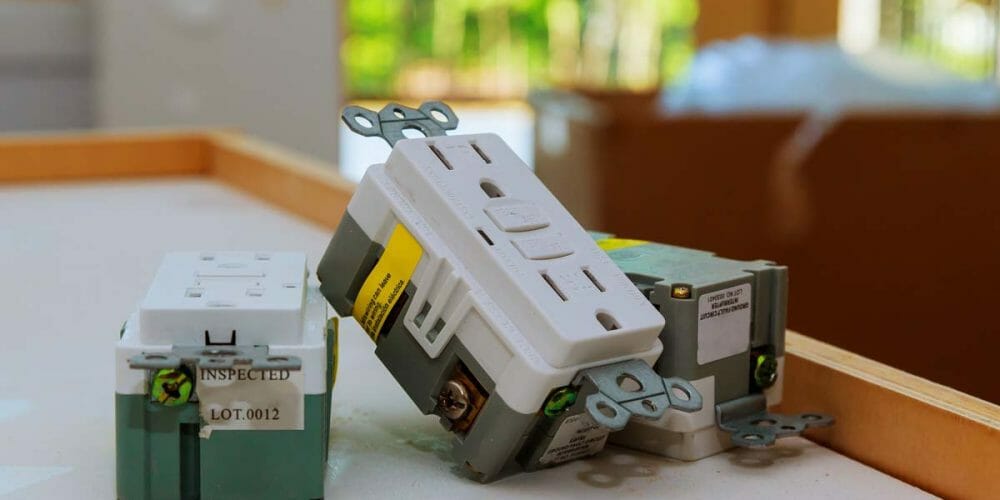 Ground faults in electrical appliances and fixtures result in several fatalities each and every year.   You might be a homeowner looking to upgrade your home's electrical needs or check off one of your DIY projects.

Upon further research, there might be some confusion and debate around GFI vs GFCI outlets used as ground fault protectors.

Let's clear up this confusing concept and make it less of an electrical shock for you.

What is An GFI Outlet and What Does GFI Do?

GFI simply means ground fault interrupter outlet. This is a kind of single-location local shock-proof outlet that is typically installed in wet or damp areas in a property to detect electric current leakage (ground faults) in circuitry and turn off the electricity to protect you from electrocution.

We emphasize local protection because we refer to GFIs when we are talking of local outlets or receptacles and their circuit tripping function is limited to the local areas where they are installed.

They have zero impact on the upstream circuitry or other appliances in the home. As a result, you will be resetting the GFI outlet reset button at the receptacle rather than from a circuit breaker in the distribution panel.

Electrical leakages occur from an unintended connection between the energized and the neutral part of the circuit or from a short in an appliance.

Electricity 'likes' water because it is a relatively good conductor.  Locations like your bathroom with a ton of moisture are prime conductors of electricity.  You will experience and electrical flow through your body if a hair dryer is suddenly dropped into water you are standing in.

The necessity for a GFI receptacle comes from the nature of the electric current itself. Electric current must flow from a high potential part of the circuitry (the energized part) to a region of low potential.

The electrical current will take the path of least resistance to the ground. That could either be you or water and can result in debilitating shocks. This shock protection is what the GFI outlet or receptacle is designed to stop by tripping the circuit when detects a ground fault or a leak in the circuit.

It does this in milliseconds so you won't even notice anything. 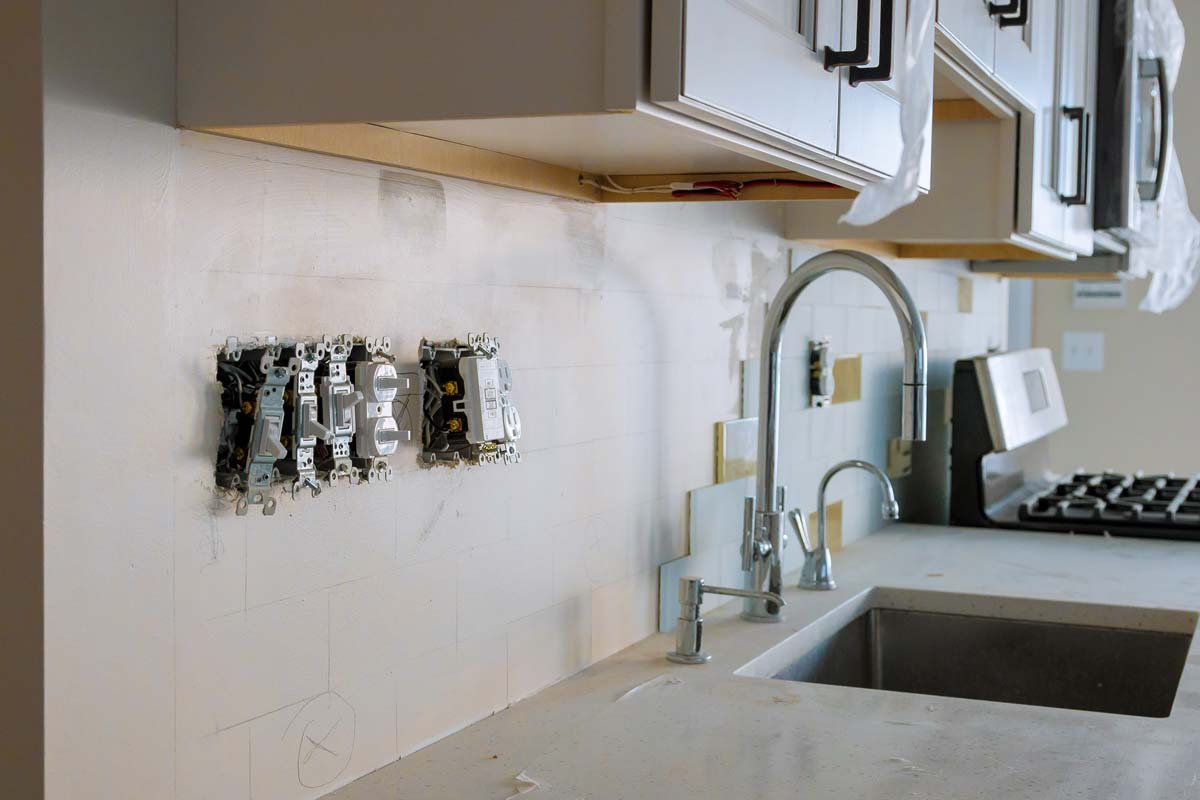 What is An GFCI Outlet And What Does GFCI Do?

Take a walk around your house. You will notice that the electrical outlets don’t all look alike. The larger appliances in your kitchen are most probably plugged into the more robust-looking four-prong outlets.

Your bathrooms and kitchens probably have a very unique kind of outlets with two small buttons. Sometimes, these buttons may be red and black. In many cases, they are all white.

These special-purpose and unique outlets commonly found in bathrooms and kitchens are known as GFCI outlets or GFCI receptacles.

GFCI is the acronym for ground fault circuit interrupter and is a circuit breaker that has been designed to shut down current from flowing to a leaking appliance and fixture whenever it detects an imbalance in current between a hot side and a neutral side.

GFCIs can be implemented both as a circuit breaker and as a receptacle that is interfaced with an electrical outlet.

The GFCI circuit breaker is installed in the distribution panel and is designed to trip the current for all the receptacles downstream in the circuit.

GFCI Shuts Off the Electric Current in the Wrong Path

Electric current has been designed to flow in a designated path within an electric circuit. Whenever it deviates from this circuit due to a fault in the circuitry, it has to find an alternative path to the ground.

Up to the 1960s, near-fatal shocks arising from the leakage of current were quite common in many American homes. The GFCI was invented in the early 1960s to solve this problem.

This outlet is merely a circuit breaker that rapidly shuts off the flow of electric current immediately it detects any stray current flowing through an alternative path other than the circuit in an appliance or fixture.

It does this by detecting the difference in current entering the system and the current flowing out of the system. The GFCI receptacles or circuit breakers will subsequently trip the circuit to prevent it from electrocuting you.

The GFCI outlet arrests the potentially fatal effects of this current leakage by shutting down the flow of electricity in that circuit almost instantaneously, usually in a matter of milliseconds.

GFCI circuit breakers and receptacles have such a high sensitivity that they will detect even the tiniest imbalances in current. If you are worried about getting electrocuted in your home, this is a device that fully has your back.

What is the Difference Between a GFI And a GFCI?

There is a maze of confusion & common misconceptions around the use of the terminologies GFI vs GFCI outlets. Even seasoned electricians sometimes struggle to cobble an explanation on the difference between GFCI and GFI outlets.

GFI is used almost exclusively in the context of a local receptacle or outlet for single or multiple devices while GFCI or soemtiems GFCI breaker is used to refer to both a local receptacle and the circuit breaker installed in the distribution panel.

Both GFI and GFCI outlets will stop electric shocks by cutting off electricity whenever there is ground interference.  Used as receptacles, GFI or GFCI outlets look and function exactly the same way.

A GFI or a GFCI receptacle is highly efficient in its operation. It can detect electric current differences as low as 4 milliamps and will shut the circuit in as little as 25 to 40 milliseconds.

The main difference between the GFCI and GFI terminologies is that while a GFI is local, the GFCI is used in the context of both a local receptacle and a circuit breaker which provides ground interference protection for the whole circuit.

You would install a GFCI circuit breaker on the electric distribution panel in your home and it will provide ground interference protection for multiple outlets.

GFIs can be used as inline protectors on an individual appliance or in extension cords. You can subsequently plug this GFI protector into an extension cord or an outlet or any other point of use.

As we can see, while the terms GFI vs GFCI refer to the same electrical fixture with the same function, they are used in different contexts in electrical installations. 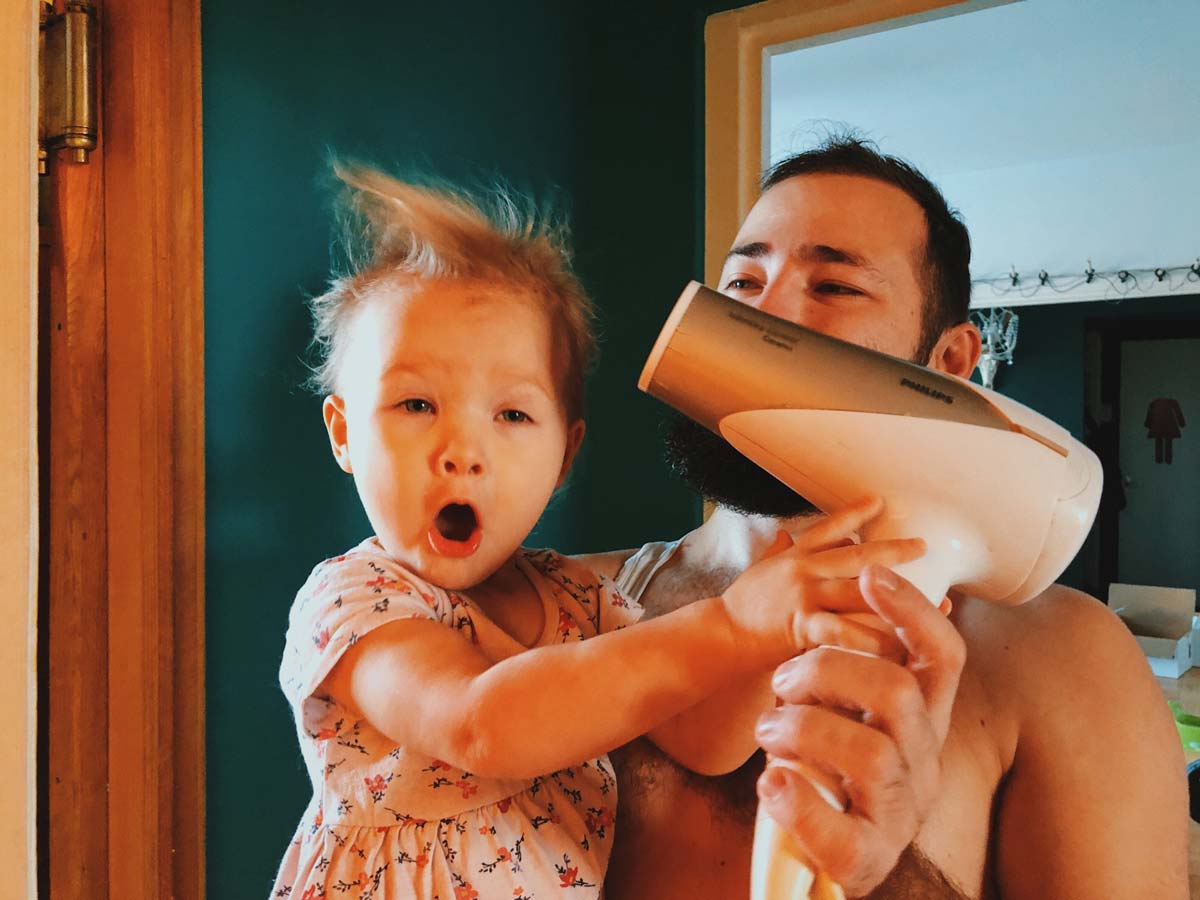 Absolutely.  Ground fault circuit interrupters (GFCI) outlets are mandated by the National Electric Code to provide protection for several outlets in your property.

Older homes built before GFCIs became a standard ground interference protection feature may not have them but in newer homes built after the mid-1970s, GFCI protection is mandated in various areas.

The installation of the outlets is mandated in any part of your home that may become damp or wet and most commonly found in bathrooms or kitchen areas. These range from utility sinks to bar sinks, unfinished basements, laundry areas, crawl rooms, and garages among others.

Whether you need an electrician in the Charlotte, NC area or one of the other cities we service across the country, we can ensure you meet any local building codes and your home is safe.

Give Bates Electric a call today!