Skip to content
How Many Outlets Can I Wire On The Same Circuit? 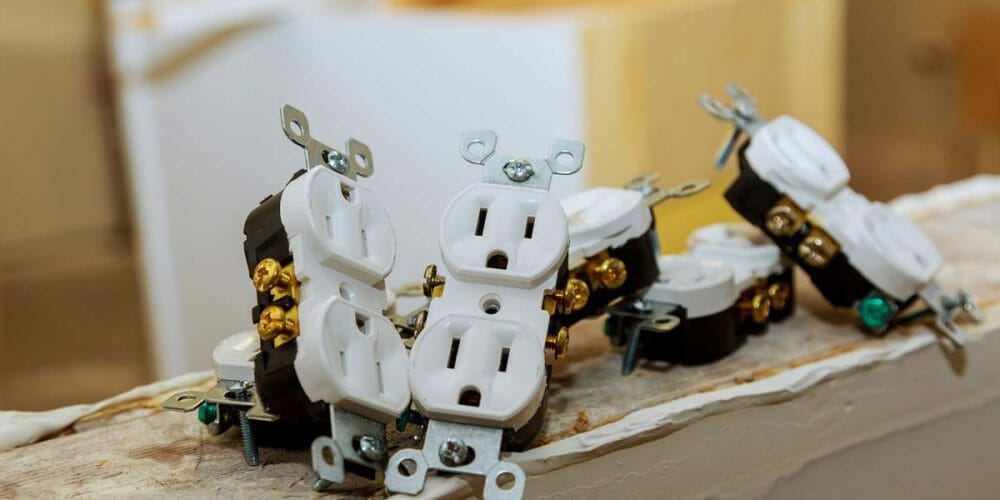 How Many Outlets Can I Wire On The Same Circuit?

The circuit breakers in your home’s electrical panel are designed to serve as safety devices.

Just keep in mind there are limits.

Most homes use 120-volt circuit breakers that permit the use of both 15-amp and 20-amp electrical currents.

Because of this, it is imperative that you are familiar with what is installed in your home or what is best suited for your given situation, in addition to circuit breakers limits.

The two main types of circuits that are used in American homes are 15-amp and 20-amp circuits, both of which are 120-volts.

Due to the fact that 15amp outlets can be used with the 20-amp circuits, the majority of the receptacles that are used in homes are these. You will recognize these, as they have two slots with a grounding hole that is shaped like the letter U.

The 20-amp outlets are recognizable by the horizontal slot that extends from one of the vertical slots, which is what differentiates them from the 15-amp receptacle.

Microwaves and other high-voltage electrical appliances usually use these larger 20-amp outlets. If an electrical plug is designated for a 20-amp outlet, it will not fit into a standard 15-amp receptacle. 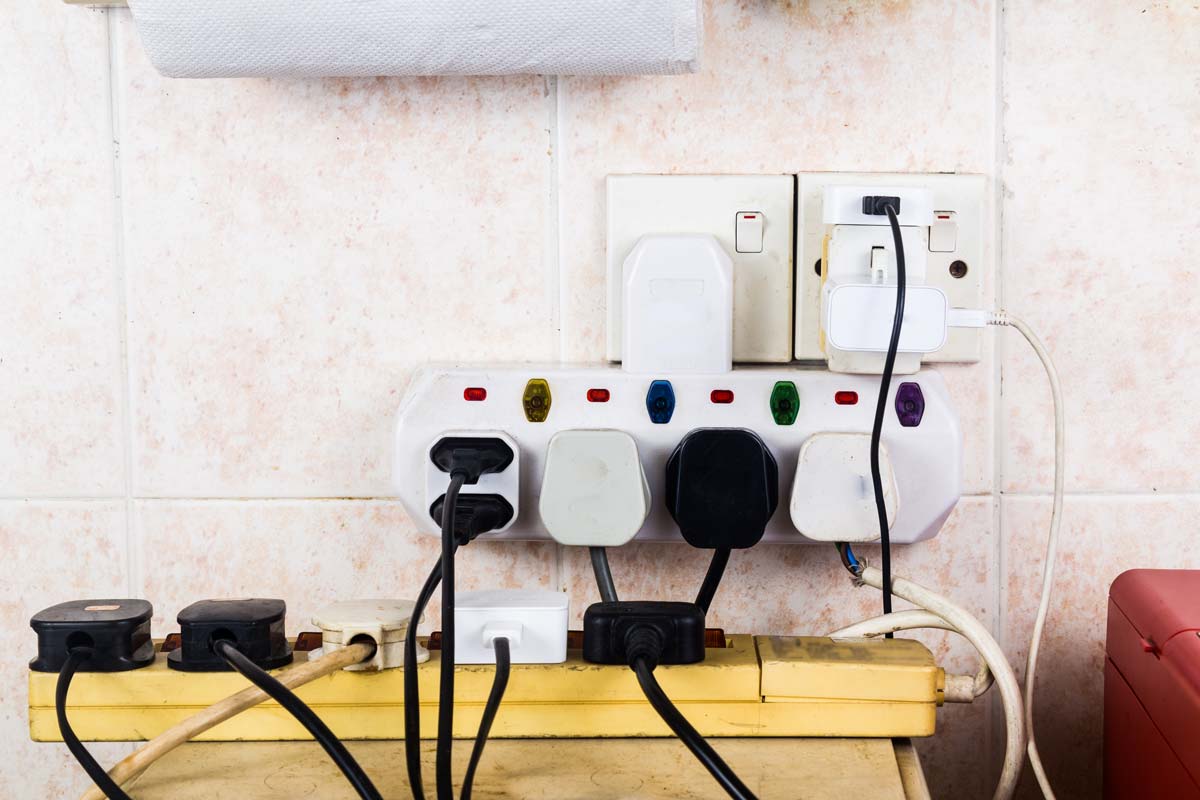 Overloaded circuits/outlets result in over 5,000 residential fires annually, and they tend to be even more common during the holiday season. Therefore, it is so important that homeowners be familiar with what an electrical overload is and how to prevent excess circuit load.

An electrical overload occurs when electric devices draw more power than anyone circuit is able to handle safely. As a general rule, if this ends up happening, your amp circuit breaker will trip and power will be shut off to the device immediately.

A circuit trips to prevent the risk of an electrical fire. Otherwise, the wiring would start to overheat, the plastic coating would melt, the wires would become exposed, and a house fire would eventually start.

So, how do you know your circuits are overloaded? There are a number of signs that you have an overloaded circuit other than frequently tripping amp breakers. For instance, you may notice your lights are flickering or dimming, a burning smell, buzzing or humming sounds, hot-to-the-touch outlets, or smoking receptacles.

The best way to avoid overloading your circuits is to utilize dedicated circuits for power-hungry electrical appliances. Further, you should consider what you will be plugging into your receptacles.

Your focus should be on the total current draw of power from the entire circuit as opposed to the number of outlets on each circuit (more on this in a moment).

Take note of how much power each outlet will require as you go through the home as well as which outlets will likely be used at the same time. Although lights and small electrical devices don’t draw much power, you will still want to make note.

Make sure to balance small and large devices across separate circuits (again, a little more detail on this in a moment).

When all else fails, add additional outlets or another 15-amp breaker to the home!

Believe it or not, the NEC doesn’t limit the number of receptacles you can have on a single circuit. There is a good reason for this. The number of outlets in the home isn’t nearly as important as what the receptacles are actually used for.

Therefore, the guidelines set forth by the NEC do say that a single circuit can’t supply over 80 percent of the stated circuit limit. The reason for this is to avoid overloading the circuit and causing frequent tripping when the amp circuit breaker is in regular use.

It also leaves room for any temporary surge that may occur when electrical appliances first startup.

Therefore, you can have 25 outlets on a 15-amp circuit as long as you aren’t drawing more than 12 amps through that circuit at any given time. On a conventional 120-volt circuit, this translates to 1,440 watts, even though the breaker can handle up to 1,800 watts and won’t trip until you exceed that amount.

On a 20-amp circuit, you won’t want to draw more than 16 amps on that circuit at one time. On a traditional 120-volt circuit, this translates to 1,920 watts, though your breaker will not trip unless you are drawing over 2,400 watts. 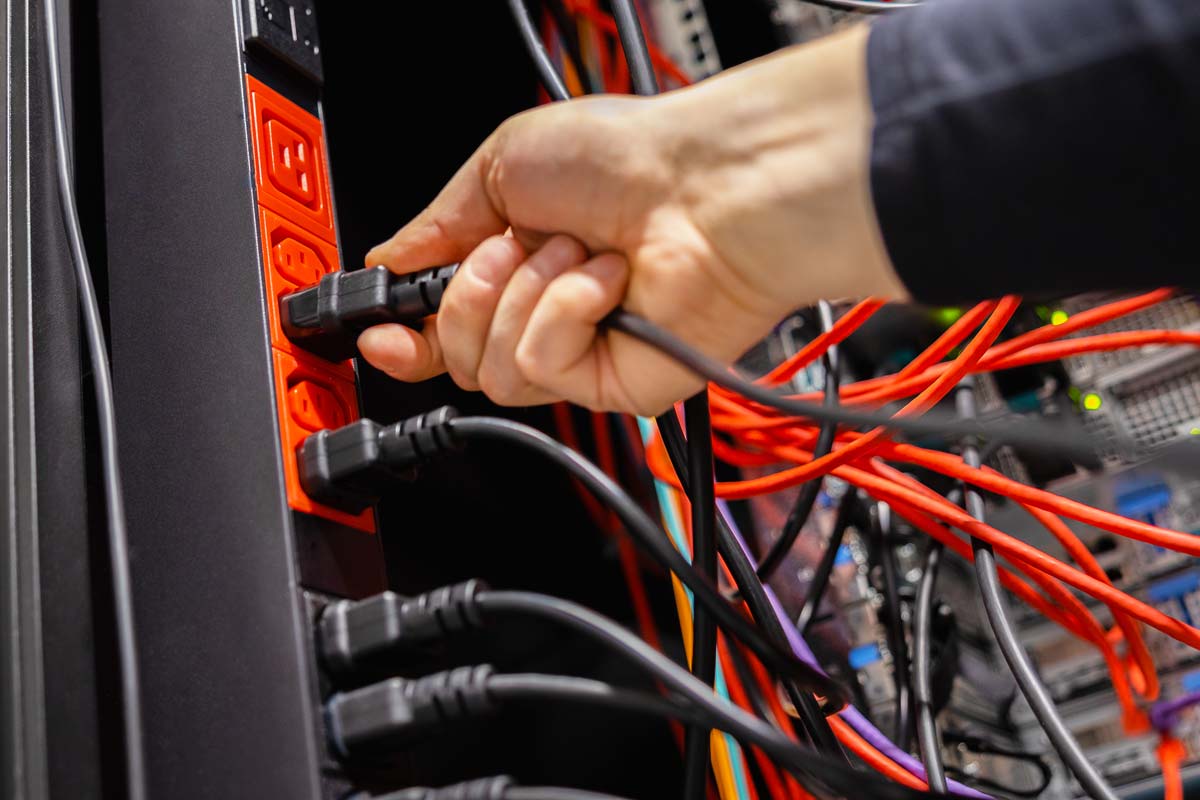 The best way to prevent an unnecessary electrical disaster in your home, including frequent breaker trips, is to spread the amp load throughout the breakers in your electrical panel.

You can combine electrical receptacles and overhead lights on one circuit due to the fact that lights generally draw significantly less power than large appliances. This will allow you to distribute the power consumption throughout the breakers in your panel effectively.

You will want to ensure that certain rooms in the home have more than one receptacle, such as the kitchen. This is to ensure you still have power in the event one breaker ends up tripping for whatever reason.

There are some appliances, such as the dishwasher, dryers, and washing machines, in the kitchen and the laundry room that will require a dedicated circuit. This means that only that appliance can be on that circuit and nothing else—not even some light bulbs or a light fixture.

Space heaters are another example of heavy-duty appliances that take the maximum draw of the entire circuit. An air conditioner is another.

A good rule of thumb is to assume that there will be a maximum power draw of 1.5 amps for each outlet, allowing 10 outlets for a single 20-amp circuit.

When to Call the Professionals

All of this can be a little confusing. The good news is that you don’t have to approach electricity in your home alone.

Regardless of whether you are concerned with an overloaded circuit, want to add more general-purpose outlets to your home, or need help mapping out where the power should go, licensed electricians can help to ensure everything is done safely and efficiently.

At the end of the day, if you’re nervous about your home’s electrical system, don’t hesitate to give on of our electrician experts in St. Louis, MO, or at one of other many locations in the USA.

A professional electrician can quickly tell if there is something wrong with your system and provide you with potential solutions on how to best address the problem. You can reach out to us if you’re searching for electrical contractors in Charleston, SC.  We have a dedicated team ready to help 24/7.